Our research overlaps cell biology, physiology, pharmacology, immunology, microbiology, and genetics. Our work has been supported by grants from the National Science Foundation, the Cystic Fibrosis Foundation, and the National Institutes of Health.
We study the epithelial cells that line the airway. When airway cell function goes awry, it can lead to diseases such as cystic fibrosis (CF), asthma, chronic rhinosinusitis (CRS), and allergy. To understand how airway cells function, we combine biochemistry and molecular biology with real-time measurements of airway cell signaling and associated physiological responses, including ciliary beating, calcium signaling, fluid secretion, ion transport, nitric oxide production, and antimicrobial peptide secretion. Our goal is to better understand the cellular and molecular bases of airway diseases to identify novel molecular targets for new therapies.

Our research is highly translational. We utilize primary human cells grown from tissue isolated from sinus surgeries. The close partnership we have with physicians at the Hospital of the University of Pennsylvania and the Philadelphia VA Medical Center allows us to take ideas generated in our lab and see them tested or evaluated in a real clinical setting.

The airway is continuously challenged by inhaled bacteria and viruses.  The nose is at the front-line of respiratory defense, and host-pathogen interactions occur with every breath.  Nevertheless, in most people, the airways remain relatively clean and free of pathological bacterial colonization.

How does the airway successfully defend itself against the onslaught of inhaled pathogens? The primary physical defense is mucociliary clearance. Inhaled bacteria and viruses are trapped by mucus secreted by the airway epithelial cells. Motile cilia (shown above) line the airway epithelium, and coordinated ciliary beating transports debris-laden mucus from the respiratory passages toward the pharynx (throat), where it is cleared by swallowing or expectoration.

Efficient mucociliary clearance requires the proper regulation of ciliary beating as well as mucus secretion and fluid homeostasis.  Mucociliary clearance is complemented by the secretion of antimicrobial peptides and the generation of reactive oxygen and nitrogen species (ROS/RNS) that have direct antibacterial and antiviral effects.

These mechanisms are tightly regulated by G-protein-coupled receptors that respond to host and environmental cues.  Our goal is to understand how airway cells sense and respond to these signals by focusing on airway epithelial cell signaling pathways and the receptors that activate them.  We hope that this research will reveal insights not only into airway physiology but also into the regulation of signaling pathways in all types of cells.  Because GPCRs are among the most heavily researched drug targets, we expect this research to reveal ways to use existing GPCR-targeting compounds to modulate mucociliary clearance, inflammation, or other airway processes.
Motile Cilia as Chemosensory Organelles

Traditionally, mammalian cilia have been categorized into two types: 1) primary or sensory cilia, usually with one single cilia expressed per cell on nearly every cell in the body and 2) motile cilia, usually expressed in high numbers per cell but only on specialized epithelial cells.  Primary cilia have long been known to serve a sensory role, while motile cilia were thought to primarily be responsible for driving the transport of fluid and/or mucus, as seen in the respiratory tract.  However, we and others have now shown that motile cilia also serve a sensory role in epithelial tissue.

We have recently discovered the expression of T2R bitter “taste” receptors in the cilia of cells in the nose and sinuses.  T2Rs are G-protein–coupled receptors originally identified in type II taste cells of the tongue, where they function to protect against the ingestion of harmful compounds, including toxic bacterial (eg, fermentation) products.

Activation of T2R receptors within the cilia appears to activate unique signaling pathways.  One of these taste receptors, T2R38, detects compounds from invading bacteria and stimulates a nitric oxide-medaited defense response.  We are interested in studying the sensory role of motile cilia, which sensory receptors are expressed there, and how signaling occurs through receptors localized to the cilia.
Chemosensory Signals Involved in Host-Pathogen Interactions in Chronic Rhinosinusitis

We are primarily interested cilia chemo-sensation, because we want to understand how epithelial cells detect the presence of invading pathogens.  A central goal of our research is to elucidate the roles of T2R bitter “taste” receptors in airway physiology and innate immunity to better understand what chemical signals host cells use to differentiate "good" vs "bad" bacteria.

T2Rs have a uniquely high density of naturally-occurring, well-characterized genetic variants which underlie the complex individual variations in human taste preferences.  Individual genetic differences in T2Rs may create variation in how efficiently airway cells from different individuals “sense” bacteria.  We have hypothesized that genetic variation of T2R receptors may contribute to varying susceptibility to respiratory infections.  We've found that a common polymorphisms resulting in lack of T2R38 function is an independent risk factor for chronic sinusitis (CRS), a disease affecting more than 35 million Americans.
Bitter Taste Receptors in Airway and Oral Epithelial Apoptosis
One focus is on changes to T2R bitter taste receptor localization and function with airway epithelial remodeling. As described above, bitter taste receptors (T2Rs) localize to airway motile cilia and activate initiate innate immune responses in retaliation to bacterial acyl-homoserine lactones and quinolones. However, several airway diseases, including chronic rhinosinusitis, COPD, and cystic fibrosis, are characterized by epithelial remodeling, including loss of motile cilia and/or squamous metaplasia. We are exploring the function of T2Rs within the altered landscape of airway disease by studying T2Rs in non-ciliated airway cell lines and primary cells de-differentiated to a squamous phenotype. In differentiated cells, T2Rs localize to cilia, however in de-differentiated, non-ciliated cells they localize to the nucleus. Cilia and nuclear import utilize many shared proteins, thus in the absence of motile cilia some T2Rs may target to the nucleus. T2R agonists selectively elevated both nuclear and mitochondrial calcium through a G-protein-coupled receptor, phospholipase C, and InsP3 receptor-dependent mechanisms. Changes in nuclear and mitochondrial calcium can cause mitochondrial depolarization and caspase activation, resulting in apoptosis. This T2R-induced apoptosis may be a last-resort defense against infection, possibly when bacteria have breached the epithelial barrier and reach non-ciliated cells below. However, it may also increase susceptibility of de-differentiated or remodeled epithelia to damage by bacterial metabolites. Moreover, the T2R-activated apoptosis pathway occurs in airway cancer cells. T2Rs may thus contribute to microbiome-tumor cell crosstalk in airway cancers. T2R agonists may also be useful topical therapeutics (e.g., delivered by nasal rinse or nebulizer) for activating airway cancer cell apoptosis without killing surrounding differentiated tissue.

In this same vein, we have begun examining how T2Rs activate nuclear calcium responses in oral and oropharyngeal cancer cells. Bitter taste receptors (T2Rs) have been studied in several cancers, including thyroid, salivary, and gastrointestinal cancers, but their role in head and neck squamous cell carcinomas (HNSCCs) has not been explored. We found that HNSCC patient samples and cell lines expressed functional T2Rs on both the cell and nuclear membranes. Bitter compounds, including bacterial metabolites, activated T2R-mediated nuclear calcium responses leading to mitochondrial depolarization, caspase activation and ultimately apoptosis. Buffering nuclear calcium elevation blocked caspase activation. Furthermore, increased expression of T2Rs in HNSCCs from The Cancer Genome Atlas (TCGA) is associated with improved overall survival. This work suggests that T2Rs are potential biomarkers to predict outcomes and guide treatment selection, may be leveraged as therapeutic targets to stimulate tumor apoptosis, and may mediate tumor-microbiome crosstalk in HNSCC. Better management of HNSCCs requires a clearer understanding of tumor biology and disease risk, both of which are likely impacted by T2Rs. 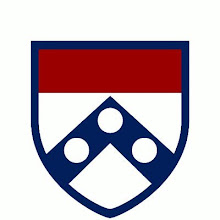 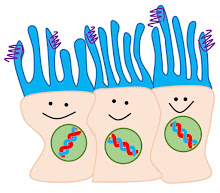 Any views or opinions expressed are solely our own and do not necessarily reflect the views of any university, funding agency, or any other entity.
Tweets by robleelab